It’s Thanksgiving Day… A day for family, food, and most importantly Gratitude.

For those of you who don’t know the history of American Thanksgiving:

As most schoolchildren know, the history of Thanksgiving began when Pilgrims and Native Americans gathered together to celebrate a successful harvest. The first Thanksgiving was held in the fall of 1621, sometime between September 21 and November 11, and was a three-day feast. The Pilgrims were joined by approximately 90 of the local Wampanoag tribe, including Chief Massasoit, in celebration. They ate fowl and deer for certain and most likely also ate berries, fish, clams, plums, and boiled pumpkin.

We owe the modern concept of Thanksgiving to a woman named Sarah Josepha Hale. Hale, editor of Godey’s Lady’s Book and author of the famous “Mary Had a Little Lamb” nursery rhyme, spent 40 years advocating for a national, annual Thanksgiving holiday. In the years leading up to the Civil War, she saw the holiday as a way to infuse hope and belief in the nation and the constitution. So, when the United States was torn in half during the Civil War and Lincoln was searching for a way to bring the nation together, he discussed the matter with Hale. On October 3, 1863, Lincoln issued a Thanksgiving Proclamation that declared the last Thursday in November (based on Washington’s date) to be a day of “thanksgiving and praise.” For the first time, Thanksgiving became a national, annual holiday with a specific date. 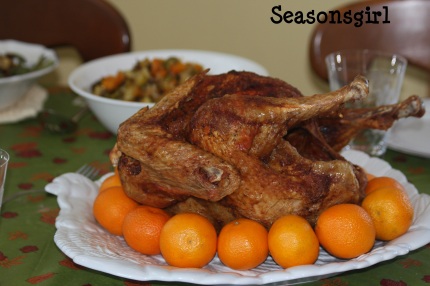 Wow that’s a long history for a holiday. Still, what I get out of it all is we need to be grateful for whatever we have…. family, food on our tables, freedom, choices, our pets, the ability to grow our own food, heat on a cold winters night, our phones, computers, tablets, music, art, but most importantly the ability to be saved by the one and only Savior Jesus. I am grateful today for my salvation, my family, my pups, friends, my home, our chickens, the ability to grow my own food, and so much more.

I hope you have a blessed day. Let me know what you are grateful for 🙂